7 What do you mean today’s our anniversary?
6. Can we NOT talk to each other tonight? I’d rather just watch TV.
5. Ohhhhhh, this diamond is wayyyyyyyyy tooooooo big!
4. Honey, does this outfit make my butt look too small?
3. Aww, don’t stop for directions, I’m sure you’ll be able to figure out how to get there.
2. I don’t care if it’s on sale; $300 is way too much for a designer dress.
1. Hey, pull my finger!

Yesterday, my daughter again asked me why I didn’t do something useful with my time. Talking about my “doing something useful” seems to be her favorite topic of conversation.

She said that she was “only thinking about me”, and suggested that I go down to the senior center, and hang out with the other old guys. I did this.

When I got home last night, I decided to teach her a lesson about staying out of my business. I told her that I had joined a parachute club.

She said, “Are you nuts? You’re 76 years old, and you’re going to start jumping out of airplanes?”

I proudly showed her that I even had a membership card. She looked at it and said, “Good grief Dad, where are your glasses! This is a membership to a Prostitute Club, not a Parachute Club.”

I told her, “Then I’m in real trouble because I’ve signed up for five jumps a week.”

Life as a senior citizen is not getting any easier, but sometimes it can really be fun!

What do you call a lawyer whose gone bad? Senator.

What is the difference between a lawyer and a trampoline? You take off your shoes to jump on a trampoline!

What is the difference between a tick and a lawyer? The tick stops draining you and drops off after you’re dead.

What do you call 5000 dead lawyers at the bottom of the ocean? A good start!

How can you tell when a lawyer is lying? His lips are moving.

What is the difference between a dead dog in the road and a dead lawyer in the road? There are skid marks in front of the dog.

What is the difference between a dead lawyer and a squished skunk in the road? The vultures will eat the skunk.

Due to the popularity of the “Survivor” shows, Texas is planning to do one entitled:
“Survivor – Texas-Style!”

The lucky contestants will all start in Dallas, drive to Waco, Austin, San Antonio, then over to Houston and down to Brownsville. They will then proceed up to Del Rio, El Paso, Odessa, Midland, Lubbock, and Amarillo. From there they will go on to Abilene and Fort Worth. Finally back to Dallas.

Each contestant will be driving a pink Prius with 10 bumper stickers which will read:

The first contestant to make it back to Dallas – ALIVE – wins.

A college physics professor was explaining a particularly complicated concept to his class when a pre-med student interrupted him.

“Why do we have to learn this stuff?” The young man blurted out.

“To save lives,” the professor responded before continuing the lecture.

A few minutes later the student spoke up again. “So how does physics save lives?”

The professor stared at the student for a long time. “Physics saves lives,” he said, “because it keeps the idiots out of medical school.”

Signs You Drink Too Much Coffee

- You’ve built a miniature city out of little plastic stirrers.
- Charles Manson thinks you need to calm down.
- People get dizzy just watching you.
- You’ve worn the finish off your coffee table.
- The Taster’s Choice couple wants to adopt you.
- Starbucks owns the mortgage on your house.
- Your taste buds are so numb you could drink your lava lamp.
- Instant coffee takes too long.
- When someone says. “How are you?”, you say, “Good to the last drop.”
- You want to be cremated just so you can spend the rest of eternity in a coffee can.
- Your birthday is a national holiday in Brazil.
- You’re offended when people use the word “brew” to mean beer.
- You have a picture of your coffee mug on your coffee mug.
- You can thread a sewing machine, while it’s running.
- You can outlast the Energizer bunny.
- You short out motion detectors.
- You don’t even wait for the water to boil anymore.
- Your nervous twitch registers on the Richter scale.
- You think being called a “drip” is a compliment.
- You don’t tan, you roast.
- You can’t even remember your second cup.
- You help your dog chase its tail.

· Ever wonder about those people who spend $2.00 apiece on those little bottles of Evian water? Try spelling Evian backwards: NAIVE
· Isn’t making a smoking section in a restaurant like making a peeing section in a swimming pool?
· If 4 out of 5 people SUFFER from diarrhea…does that mean that one enjoys it?
· Why do croutons come in airtight packages? Aren’t they just stale bread to begin with?
· Why isn’t the number 11 pronounced onety-one?
· If Fed Ex and UPS were to merge, would they call it Fed UP?
· Do Lipton Tea employees take coffee breaks?
· What hair color do they put on the driver’s licenses of bald men?
· Why do they put pictures of criminals up in the Post Office? What are we supposed to do, write to them? Why don’t they just put their pictures on the postage stamps so the mailmen can look for them while they deliver the mail?
· If it’s true that we are here to help others, then what exactly are the others here for???
· You never really learn to swear until you learn to drive.
· If a cow laughed, would milk come out of her nose?
· Whatever happened to Preparations A through G?

She walked up and tied her old mule to the hitching post. As she stood there, brushing some of the dust from her face and clothes, a young gunslinger stepped out of the saloon with a gun in one hand and a bottle of whiskey in the other.

The young gunslinger looked at the old woman and laughed, “hey old woman, have you ever danced?”

The old woman looked up at the gunslinger and said, “no, I never did dance. Never really wanted to.”

A crowd had gathered as the gunslinger grinned and said, “well, you old bag, you’re gonna dance now,” and started shooting at the old woman’s feet.

The old woman prospector — not wanting to get her toe blown off — started hopping around. Everybody was laughing.

When his last bullet had been fired, the young gunslinger, still laughing, holstered his gun and turned around to go back into the saloon.

The old woman turned to her pack mule, pulled out a 10 gauge double-barreled shotgun, and cocked both hammers.

The young gunslinger heard the sounds, too, and he turned around very slowly.

The silence was almost deafening.

The crowd watched as the young gunman stared at the old woman and the large gaping holes of those twin barrels.

The barrels of the shotgun never wavered in the old woman’s hands, as she quietly said, “son, have you ever kissed a mule’s ass?”

The gunslinger swallowed hard and said, “no m’am. But I’ve always wanted to.”

There are a few lessons here for all of us:
1 – Never be arrogant.
2 – Don’t waste ammunition.
3 – Whiskey makes you think you’re smarter than you are.
4 – Always, always make sure you know who has the power.
5 – Don’t mess with older women; they didn’t get old by being stupid.

Q: Doctor, I’ve heard that cardiovascular exercise can prolong life. Is this true?
A: Heart only good for so many beats, and that it…

Don’t waste on exercise. Everything wear out eventually. Speeding up heart not make you live longer; it like saying you extend life of car by driving faster.
Want to live longer? Take nap.

Q: Should I reduce my alcohol intake?
A: Oh no. Wine made from fruit. Brandy distilled wine, that mean they take water out of fruity bit so you get even more of goodness that way. Beer also made of grain. Bottom up!

Q: How can I calculate my body/fat ratio?
A: Well, if you have body and you have fat, your ratio one to one.. If you have two body, your ratio two to one.

Q: What are some of the advantages of participating in a regular exercise program?
A: Can’t think of single one, sorry. My philosophy: No pain…good!

Q: Aren’t fried foods bad for you?
A: YOU NOT LISTENING! Food fried in vegetable oil. How getting more vegetable be bad?

Q: Will sit-ups help prevent me from getting a little soft around the middle?
A: Oh no! When you exercise muscle, it get bigger. You should only be doing sit-up if you want bigger stomach.

Q: Is chocolate bad for me?
A: You crazy?!? HEL-LO-O!! Cocoa bean! Another vegetable! It best feel-good food around!

Q: Is getting in shape important for my lifestyle?
A: Hey! ‘Round’ is shape!

Well… I hope this has cleared up any misconceptions you may have had about food and diets.

Life should NOT be a journey to the grave with the intention of arriving safely in an attractive and well-preserved body, but rather to skid in sideways – Chardonnay in one hand – chocolate in the other – body thoroughly used up, totally worn out and screaming “WOO-HOO, what a ride!!”

Charley, a new retiree-greeter at Wal-Mart, just couldn’t seem to get to work on time.
Every day he was 5, 10, 15 minutes late. But he was a good worker, really tidy, clean-shaven, sharp-minded and a real credit to the company and obviously demonstrating their “Older Person Friendly” policies.

One day the boss called him into the office for a talk.

“Charley, I have to tell you, I like your work ethic, you do a bang-up job when you finally get here; but your being late so often is quite bothersome.”

“Well good, you are a team player. That’s what I like to hear.

Yes sir, I understand your concern and I will try harder.

Seeming puzzled, the manager went on to comment, I know you’re retired from the Armed Forces. What did they say to you there if you showed up in the morning late so often?”

The old man looked down at the floor, then smiled. He chuckled quietly, then said with a grin,

“They usually saluted and said, “Good morning, Admiral, can I get your coffee, sir?” 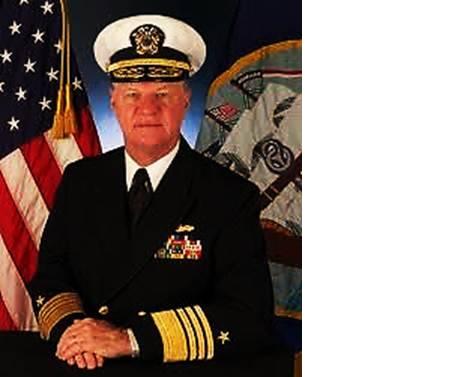